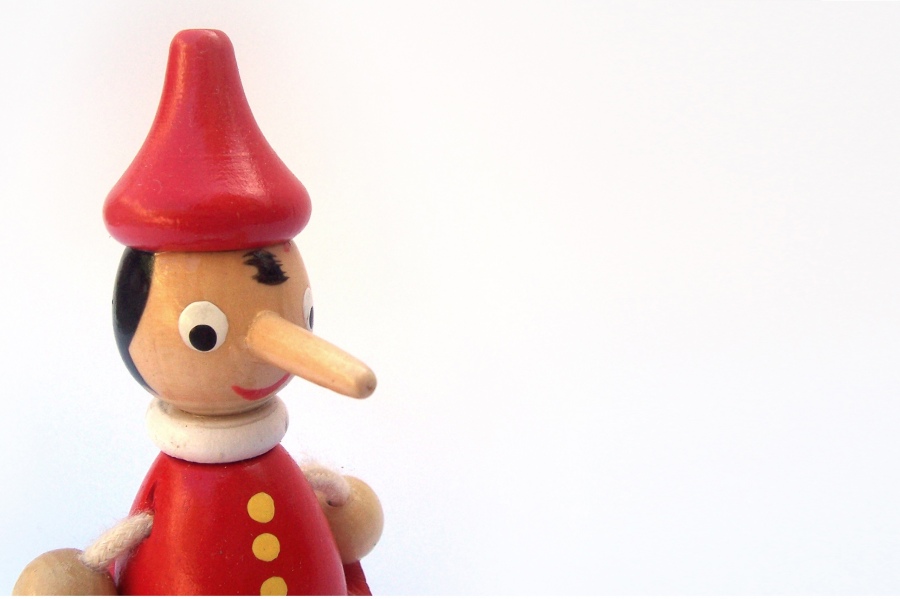 Some sentences inspire and cause the reader to pause and take note. They draw the reader deeper into a book or film or television show. In this ongoing segment I comment on sentences I find inspirational, intriguing, or revealing of human nature in some way. What does the sentence mean in the context of the story from which it is drawn? What does it mean to me? What we can take from it and apply to the real world? Without further ado, I wish I wrote…

“Every lie we tell incurs a debt to the truth. Sooner or later that debt is paid.”

This line is spoken by Valery Legasov, played wonderfully by Jared Harris, in the HBO mini series Chernobyl. In the Soviet Union of the 1980s every attempt was made to remove, hide, or otherwise cover up any issue which might make the Soviet Union look incompetent. As one can imagine a bureaucracy was built up to ensure that secrets of state mistakes were not revealed. It made for a happy country where nothing could be believed. Everything had a note of propaganda to maintain the illusion of success for the mother country.

You see this process of hiding the truth played out in the series right from the first episode where reactor technicians report to their superiors that the reactor has exploded. The supervisor response is that reactor did not explode. They repeatedly say it cannot explode. Handcuffed by years of toeing the communist line the supervisors fail to act properly. Those at the highest echelons of power fail to act properly as well. They’re more concerned with image and appearance rather than reality and safety. It’s not until the true extent of the situation, and the dire circumstances of failure, is forced upon them before they begrudgingly start to respond.

To this day officially only 31 people died from the disaster at Chernobyl. Unofficial estimates place that number decidedly higher, at 90,000.

The first sentence ‘Every lie we tell incurs a debt to the truth’ sets up the eventual downfall in the second. A lie is a deliberate act; a choice made to deceive. Therefore by our own actions we incur the consequences, we become subject to something unpleasant because of our own behaviour. That something is a debt, something owed, to the truth. If this debt is like a loan from a bank there will be interest; a compounding of the lie’s affects. This means there could be a compounding of the need to deceive. One lie leading to another.

The second sentence ‘Sooner or later that debt is paid’ essentially says everything will come out in the end. This repayment usually is an unwilling act. Think of a politician, trying to downplay the lies they’ve told. Or someone lashing out in anger because they’ve been caught in a lie. Either way everything comes out in the end.

When I was perhaps ten years old my brother and I played with the neighbour’s grandchildren whenever they visited. They were two boys around our age. One day, for whatever reason, I told them that one of my brother’s friends saw his dog get hit by a car, right in front of him. Then, I continued, as he went to retrieve said pet he was hit by a bus right in front of his mother.

At the time I thought it was funny. I have no idea why. Just a split second of reckless impulse mixed with tremendous immaturity. Makes for a pleasant combination. Once spoken I thought ok, it’s done, I’ve had a laugh, let’s play. But then something happened that I had not intended. The boys told their grandmother. I saw her weep and instantly understood that a lie can travel very fast in a very short time and cause a lot of pain. A feeling of dread filled me, not of getting into to trouble, but of shame that something I said had a direct negative impact on someone else. There was no curtain of deniability that I could draw around myself. No metaphysical sand I could sink my mind into to ignore what I had done. It was there right in front of me; clear and unmistakable.

I quickly yelled out that I was only joking and that my brother’s friend was fine. He was. I apologized and then raced inside and hid in my room for the rest of the day. In that moment I realized there were consequences for the words I chose. Now when I joke I make sure I don’t let anyone leave the conversation believing what I’ve said to be true. As well, I don’t joke about people dying like that. I’d like to think I’ve matured a little.

Not everyone sees the consequences of their lies so plainly, so directly. Imagine if people could fully perceive what affect their lie will have on the world? In an age of fake news, deep fake videos and misinformation many people are so intent on the ends they have little regard for the means. The goal of getting more followers by posting incendiary or false narratives seems, for many, to trump honest debate and collaboration. Either way the consequences of lying will catch up, if not publicly then at least in one’s own mind. When that happens there can be a lot of pain. Regret is a patient beast and it will pounce eventually.

Lies and truth. Of course the world is not always so binary. There are lies, minor misstatements, that people say to avoid hurting another’s feelings. ‘Supper was delicious.’ ‘I like that colour on you.’ ‘I had a fun time at the Taylor Swift concert.’ These lesser lies have been built into our social fabric to ensure some kind of cohesion; to sand out the rough edges of society so everything is smooth for all.

Are these little lies harmless? Maybe, maybe not. What they definitely are is a failure to tell the truth in such a way so as to cause minimal pain. I’m guilty of this failure from time to time because it’s difficult to express contrary or negative opinions in a kind way. A minor lie is easier, quicker, and less painful than telling the truth. But the truth will come out eventually.

“Every lie we tell incurs a debt to the truth. Sooner or later that debt is paid.”

Photo by Lorenzo González from FreeImages

10 thoughts on “A Line From Chernobyl”

This site uses Akismet to reduce spam. Learn how your comment data is processed.